Ergothioneine (EGT) is a natural amino acid contained in trace amounts in mushrooms, etc. and has excellent antioxidant properties. It is expected to be used in a variety of fields, such as food products, cosmetics, and pharmaceuticals. Existing extraction methods and organic synthesis methods involve high costs and exert a high environmental burden, which have become obstacles to promoting the use of EGT.
We aim to establish a bioprocess that can provide inexpensive and highly pure EGT, and to spread it in the market.

EGT is a natural amino acid contained in trace amounts in mushrooms, etc. and has excellent antioxidant properties. It is expected to be used in a wide range of fields, such as food products, cosmetics, and pharmaceuticals.(1) Bruce Ames, Professor Emeritus, of the University of California, Berkeley, who is a leading researcher in aging research, said, "EGT is one of the compounds called 'longevity vitamins,' and is essential to long-term health and must be absorbed through diet. Therefore, we should define these compounds as a new class of vitamins."(2) Recent studies have shown that EGT has the potential to eliminate reactive oxygen species, to prevent age-related wrinkles and weak constitutions, and to delay the onset of cognitive decline. It has also been shown that reduced ergothioneine levels in the body correlate with mild cognitive impairment, Parkinson's disease, cataracts, and cardiovascular disease.
EGT is produced only by some microorganisms, including edible mushrooms. In 2005, a mechanism (transporter) was discovered in the human body, which takes up and accumulates EGT in tissues/cells susceptible to oxidative stress and inflammation, such as the brain, skin, eyes, and liver.(3) With the discovery of the transporter and the elucidation of the above function, expectations for the use of EGT have been raised in recent years.
Extraction methods from natural products and chemical synthesis methods are the main existing EGT production methods. However, since extraction methods yield only trace amounts of EGT contained in natural products and chemical synthesis methods place a high environmental burden, an inexpensive, eco-friendly production method has not been established, which have become obstacles to promoting the use of EGT. Under these circumstances, since 2015, the Nagase R&D Center has been working on the development of an eco-friendly bio-production process that enables a stable supply of EGT by a fermentation method using microorganisms. 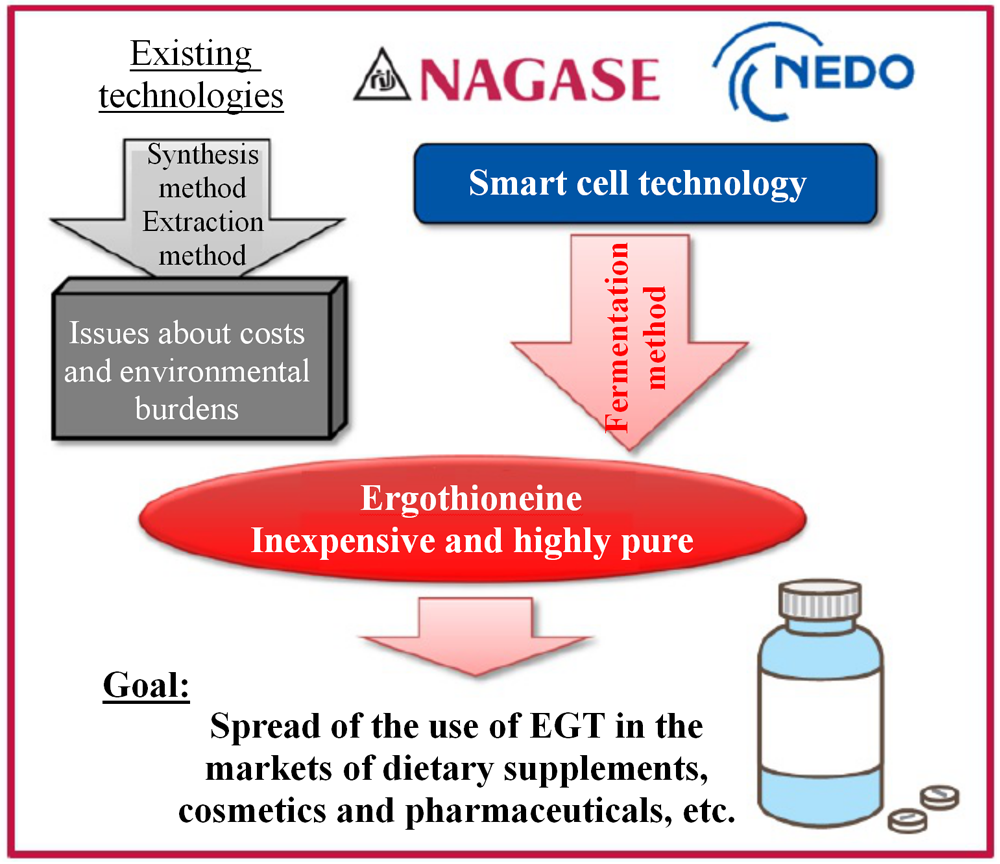 Figure 1 Objectives of this research and development 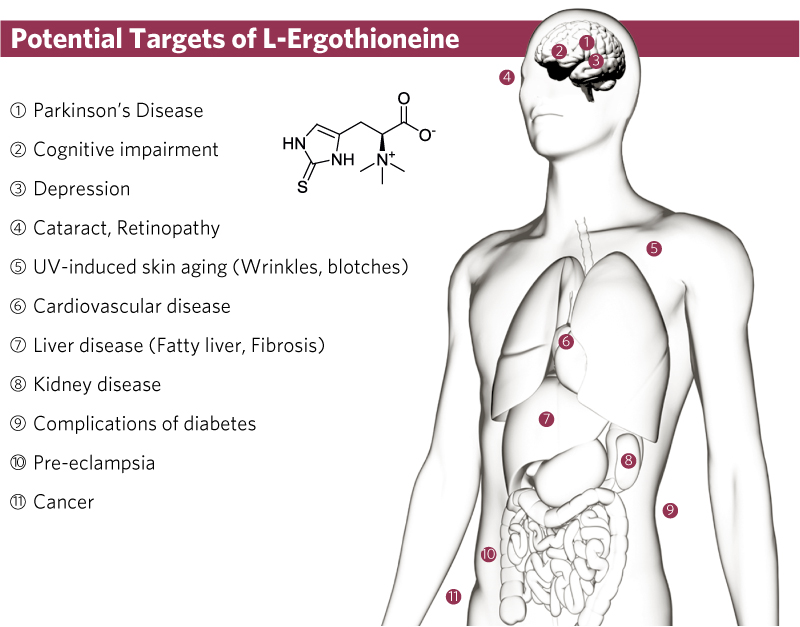 We participated in NEDO Smartcell Project in 2016. Since then, we have used 6 types of smart cell basic technologies: "Metabolic Pathway Design Technology," "High-accuracy Metabolomic Analysis Technology," "HTP Transcriptome Analysis Technology," "Enzyme Modification Design Technology," "Transgene Sequence Design Technology," "HTP Microbial Construction and Evaluation Technology," and "Transporter Search Technology." With these technologies, we have been working on the improvement of EGT production capabilities of microbial cells. So far, we have succeeded in optimizing the intracellular production reaction by utilizing each smart cell technology, leading to the realization of a dramatic increase in productivity, which is about 1000-fold that at the start of the research.
Currently, we are proceeding with the scale-up of the culture process utilizing the EGT-producing strains that we have developed. In addition, by combining with the advanced purification technology that we have independently developed so far, we are working toward early completion of a bioprocess that can supply inexpensive and highly pure EGT. 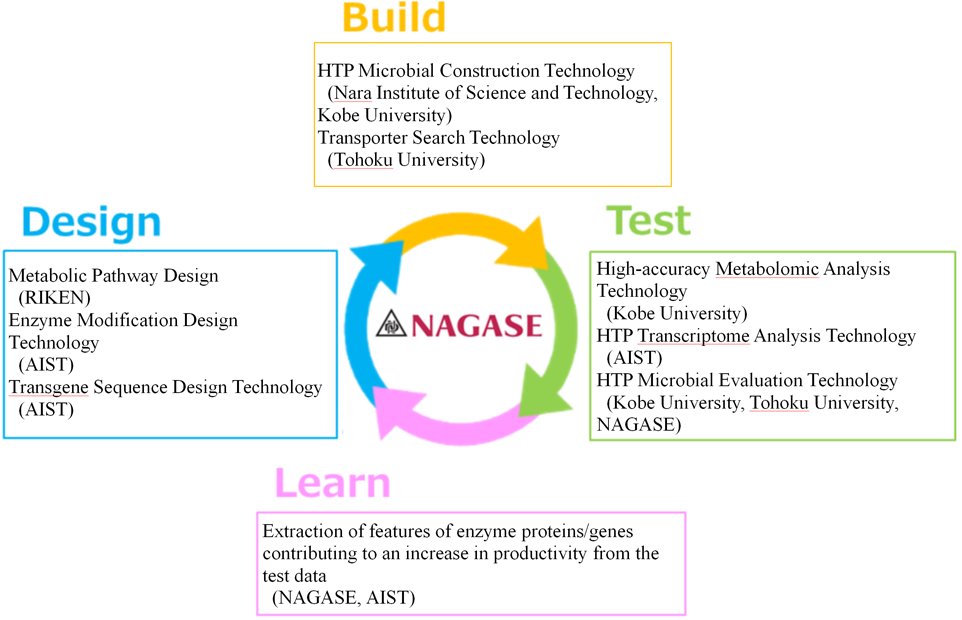 Figure 3 Flow of this research and development