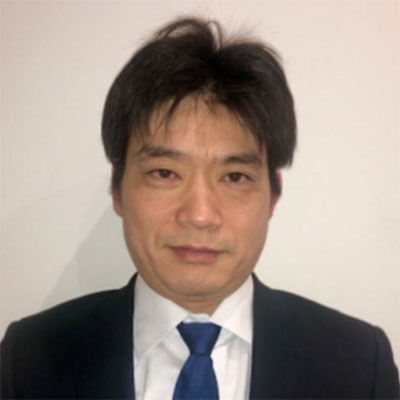 In designing the gene circuit necessary for building a smart cell, it is required not only to prepare a necessary set of genes, but also to adjust the expression level of each gene so that the genes can function in a coordinated manner. In the construction of a new metabolic pathway, 10 or more genes may be required, and there are many sites (parameters) for which the expression level needs to be adjusted. In the past, it took years to adjust the parameters, and improving its efficiency was a challenge. We are working on the development of a method to solve this problem, by utilizing the combinatorial long-chain DNA library technology based on the OGAB method.1 For example, we have developed a technology that allows simultaneous synthesis of a combinatorial long-chain DNA library in which genes, such as A, A', and A'', whose expression levels and activities are slightly different, are randomly coded at certain sites on long-chain DNA (Fig. 1). From the production levels and the long-chain DNA sequences of the strains into which variable long-chain DNAs have been introduced, combinations of multiple genes that contribute to high production of the target material are extracted. For example, as shown in Fig. 1 (a), if the presence of the "Orange Gene A" combined with any other genes makes the strain highly productive, its rule can be easily realized by sequencing some of the long-chain DNAs of the highly productive strain. However, as shown in Fig. 1 (b), where the presence of two of the "Orange Genes U, W and Z" makes the strain highly productive, the production level is often determined by the combination of multiple genes. Therefore, we have developed a method for discovering rules even in the case of Fig. 1 (b). For a strain possessing a combination of extracted genes, the introduction of a combinatorial long-chain DNA library having another set of genes into the subsequent DBTL cycle* may make it possible to discover a strain that can produce the target material at a higher production level. By combining the construction of a strain into which a long-chain DNA library is introduced and the information analysis of the obtained data in this manner, highly productive strains can be produced with a small number of DBTL cycles. 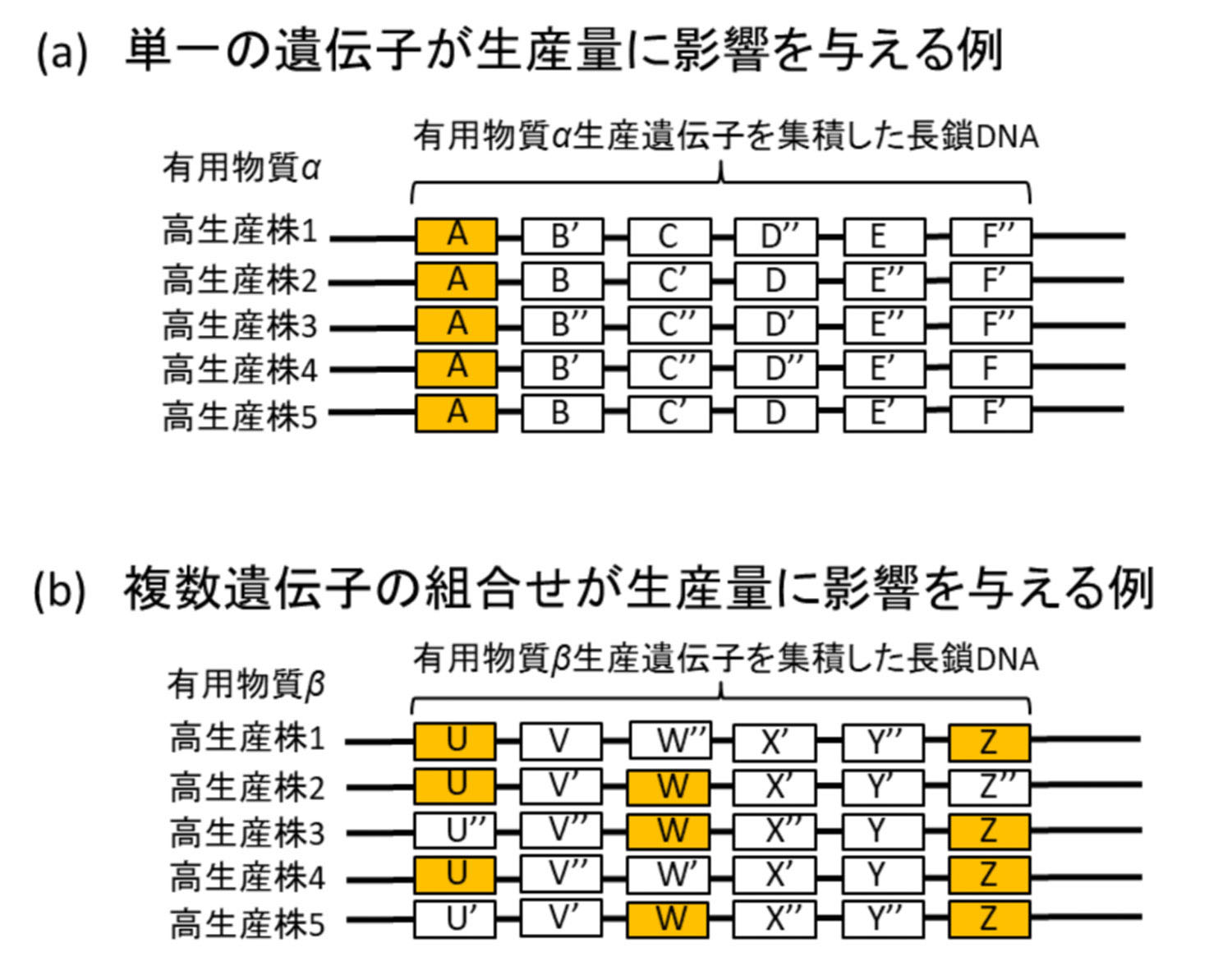 We are developing and verifying a method for efficiently obtaining highly productive strains of target compounds, by combining the combinatorial long-chain DNA library technology and information analysis.