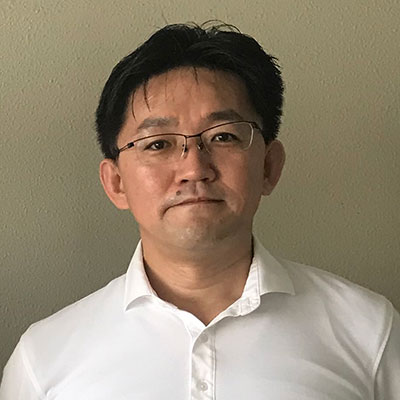 We are developing technology for the on-demand development of sensors for various metabolites, with the reproducibility and throughput required for smart cell development. We use these sensors to determine suitable culture conditions and cells for material production and to identify bottleneck reactions in metabolic biosynthetic pathways.

Metabolomic analysis can simultaneously identify the accumulation levels of various metabolites present in cells, but it is difficult to expand the number of specimens. On the other hand, biosensors allow simultaneous detection and analysis of thousands to millions of specimens although they can be applied only to a limited number of metabolites. In the current situation where throughputs in "Design" and "Build" have been increased dramatically, it becomes possible to run the high-quality DBTL cycle at a high speed, by developing and organizing sensors that can detect any metabolite at any sensitivity. The use of this technology in combination with metabolomic analysis allows the identification of suitable culture conditions and cells for material production.
There are two main types of biosensors: the FRET type and the transcription factor type. Both types read out structural changes associated with binding to target metabolites. Even if evolutionary engineering technologies are used, it takes time to develop biosensors. In this research, we adopt a principle that allows high-speed development of sensors, without requiring the design of structural changes. The sensor development process consists of (1) the selection of the enzyme that uses the target metabolite as a substrate, (2) fusion with the transcription factor at the gene level, (3) the introduction of random mutations, and (4) the selection of functions. With the completion of this process, it became possible to produce a biosensor that responds to any metabolite in about one month.

Through the development of this technology, various metabolite sensors can be developed with high flexibility. It is also possible to line up sensitivities and output characteristics. By preparing biosensors for various metabolites and using them in combination with the high-throughput transformation system available in this project, a high-throughput DBTL cycle can be realized. Since biosensors report intracellular metabolite levels, they can also be applied to comprehensive analysis. Therefore, the use of this technology in combination with metabolomic analysis also enables analyses of cells including transport systems.