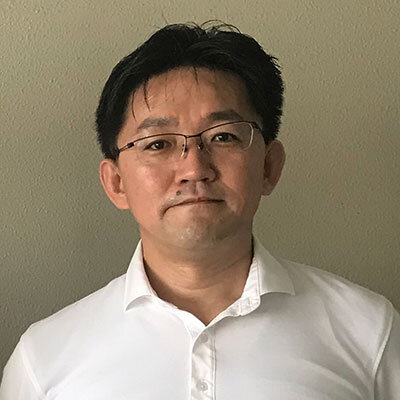 It enables the development of sensors for any metabolite using evolutionary engineering methods and the development and improvement of biosynthetic pathways and smart cells using those sensors.

To construct "smart cells" that maximize the material production capabilities of cells, it is necessary to prepare and test many host libraries by systematically introducing mutations into the host genome. In addition, for the biosynthetic pathway to be introduced, trial and error are important to determine, for example, the expression level of each gene and the type of gene used. If the accumulation level of a specific metabolite can be investigated for each of the huge specimens obtained by combining the host libraries and the biosynthetic libraries, the smart cell construction for each goal can be dramatically accelerated. By combining two items, namely, (1) high-throughput evolutionary engineering platform for biosensors1,2 and (2) methods for using biosynthetic enzymes as molecular recognition elements of biosensors,3 we aim to develop a technology to construct metabolite sensors for various metabolites.4

A biosensor basically consists of reporter genes, such as fluorescent proteins, arranged under the control of transcription factors. By setting gene expression levels as the output, evolutionary engineering methods can be simplified. We have developed a fast and highly efficient evolutionary engineering method for our unique transcription factors.1-3 The feature of this method is that either of the on or off state of the output can be selected only through liquid manipulation in a short period of time. This allows the development of many biosensors to be conducted simultaneously using multi-well plates.

The Smartcell Project has various development goals, and each has a different target metabolite. It has been difficult to prepare sensors for all the innumerable metabolites that exist in nature. In this research, we have developed a sensor design technology that can utilize biosynthetic enzymes as sensor elements. This technology has enabled the production of sensors targeting various metabolic intermediates, which could not previously be produced. 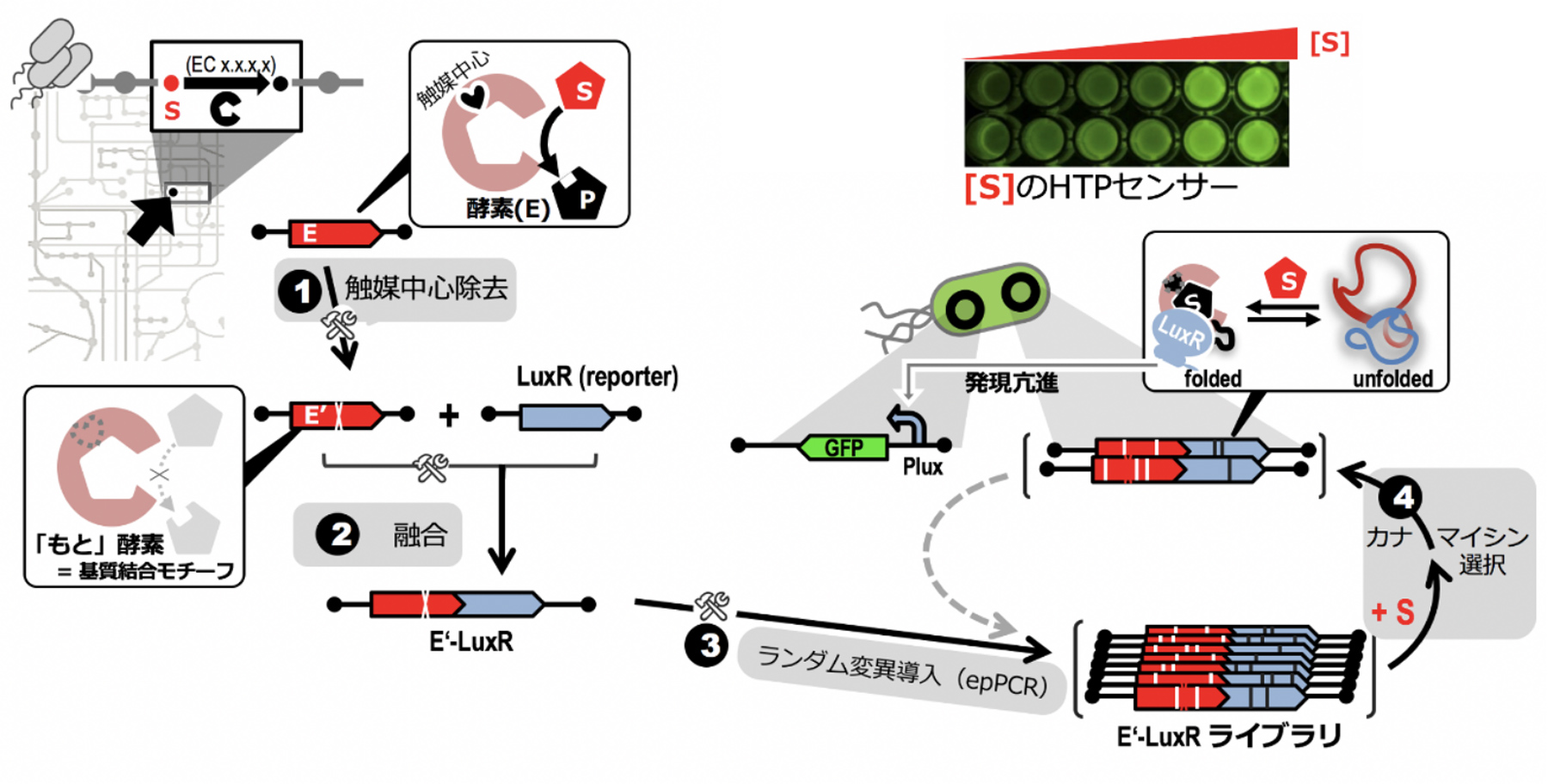 In this project, we are pursuing the on-demand development of biosensors for intermediates of various biosynthetic pathways reconstructed in host cells. Using the sensors produced by this technology, it has become possible to select and obtain excellent mutants in a very high-throughput manner from various host and biosynthesis libraries created in the smart cell development cycle.